Can Judge Mandate Vaccination as a Probation Condition?

The superior court of Los Angeles County has been fined more than $25,000 for COVID-19 workplace safety violations following the deaths of at least four courthouse workers.

The superior court plans to appeal the violations, according to a court spokeswoman who said the state agency that imposed the fine does not have complete information, report the Los Angeles Times and Law360.

The court system is also facing a civil lawsuit accusing it of prioritizing nonessential operations over safety. According to the Los Angeles Times, court workers and lawyers complained of dangerous conditions. Among their complaints: Judges allowed witnesses to testify without masks, and workers and lawyers were unable to socially distance in meeting rooms and during inmate interviews.

Good cop, bad cop: What happens when police get too cozy with informants?

Regulation Is Coming to the Crypto Business...

How Do Government Subsidies Help an Industry?...

Do Parents Have 'Rights' to Ignore School Mask Mandates?...

Dershowitz: Texas abortion bounty approach could be adopted in states that want to ban handgun ownership...

Should federal officers get immunity for lies and beatings? SCOTUS is asked to decide... 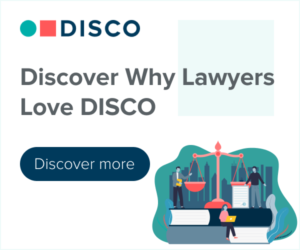